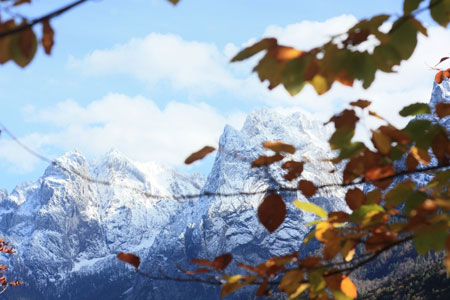 In times when the day becomes short and the dark night sky lives longer, even that bit of energy from the sun is precious that goes out so fast. One must remember that. (sound of birdsong clock; it makes birdsong sounds on the hour instead of chimes)

Is it not hilarious, do you think, that humans invent machines to make sounds from nature? And what does that mean, that a human would take the trouble to invent a sound from nature that is not natural? It means that once people are in bodies long enough they begin to forget that they can have the real thing. They can have genuine access to higher dimensions of energy. Genuine access to peacefulness, to happiness. Genuine access to enlightenment instead of the pictures and the icons and the seats and the gestures. That clock is not a bad thing. It is a very funny reminder that the real thing is out there somewhere. And when one is in a body, it is helpful to be reminded.

So there are times when the seasons turn and life changes and transitions happen of their own, whether you will them or no. And it is very opportune that we meet and discuss this, too, actually one day before you lose an hour of daylight and you gain an hour of dark. Because as you may or may not know, this, in fact, is the actual New Year. And the one that you celebrate with your calendar was superimposed later for political reasons. But if you are in the northern half of your globe and you follow the seasons and the growth of the plants and the birth and the death of the goddess and the god and the energies on the northern half of the Earth, it will be New Year in a few days. So it is apt that you put the clock back. You make the machine match nature.

Now, you might think: "But the clock in the first place was an artificial imposition." Yes, but, it has been imposed for long enough now – the concept of humans having linear time other than sunrise/sunset, moonrise/moonset, four seasons. When it becomes more refined and it becomes measurable with such as a pendulum or eventually, sands or a clock and human consciousness evolves and understands the concept of time, it becomes integrated into the neurology and the consciousness. So humans, as a species, have had linear time – I point to what would be a clock on the wrist – long enough that there is what feels like a natural rhythm when it begins to become colder and the day has a shorter breath and the night a longer one. It makes sense to, in the older time, be indoors more because it was colder and fiercer and not so safe. It makes sense.